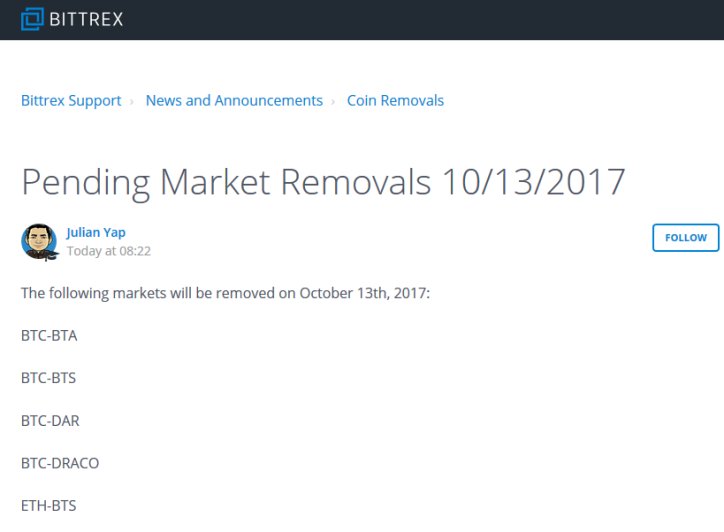 Bitshares is largest from these cryptos, holds $155 mln in capitalization and fell in just a few minutes by a 24%, while Draco’s price decreased 60% and DAR -58%. This means effectively death for these virtual online coins and big losses for unlucky investors.

The reason behind this purge is SEC (U.S. Securities and Exchange Commission) demand to stop these coins from being offered by Bittrex, because they are securities. SEC just a few days ago exposed cryptocurrency scam, charging two companies with defrauding investors in a pair of ICOs purportedly backed by investments in real estate and diamonds. REcoin meant to be “The First Ever Cryptocurrency Backed by Real Estate.”, but in fact it turned out to be nothing more than a scam.

Securities are tradable financial assets like stocks, futures contracts for commodities or currency pairs and to trade one, trading institution needs to obtain US license and meet the requirements, which none of virtual coin exchanges can met, because of intangible value of cryptos. No one can trade securities in US without SEC permit and that is big problem for businesses offering these online currencies to investors.

What does it mean for cryptocurrencies?

In fact it shouldn’t be a surprise for anybody , because SEC doesn’t want to list Bitcoin as a financial product, and actually warnsinvestors about dangers of buying virtual internet coins such as as Bitcoin. In 2014 SEC issued an “Investor Alert about Bitcoin and Other Virtual Currency-Related Investments” where this financial institution raises a few juicy points about Bitcoin: 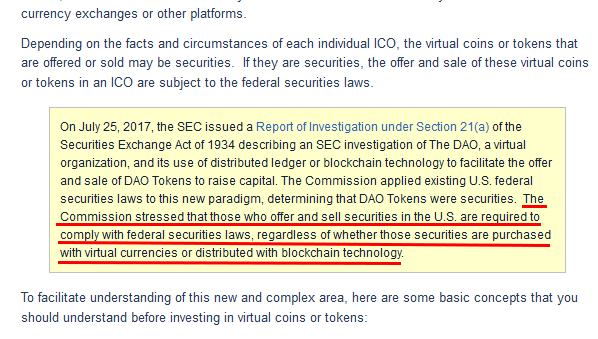 SEC also stresses that exchanges need to obtain their permits before selling – but in fact, none of crypto exchanges bothers with such trivial matters.

Especially larger virtual coins like Bitcoin and Ethereum are vulnerable, because they aren’t back by anything more than a firm beliefs and lambo dreams, so they aren’t really a real financial assets. SEC uses exact same argument as Chinese regulators, who closed all virtual exchanges in China just few days ago, including sales of Aliexpress smartphones. 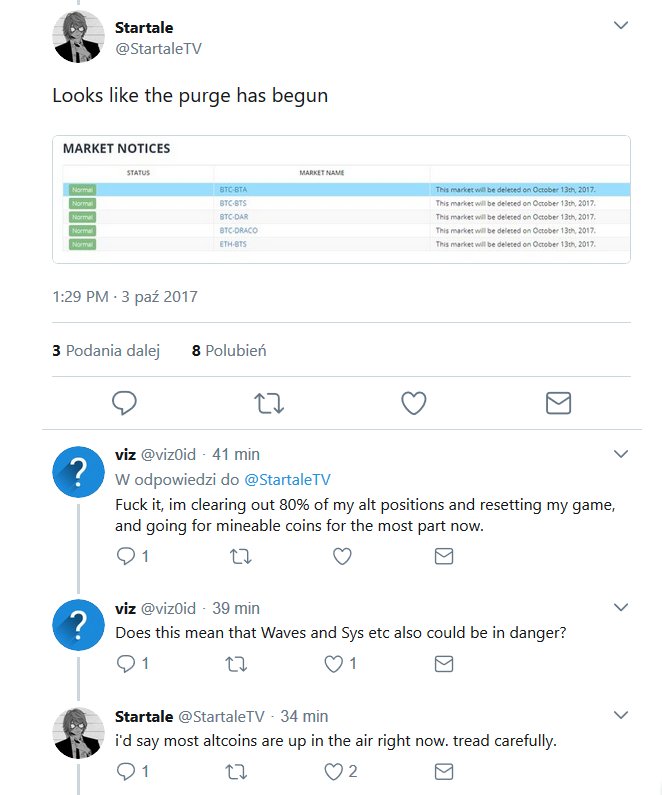 If SEC will follow this path and starts targeting other US exchanges, it means a unrecoverable crash for  Bitcoin and Ethereum. As Twitter user StartaleTV  noted – “all alt are up in the air now”. I would say more: it’s possible end of Bitcoin and other main cryptos like Ethereum. SEC isn’t working too fast – but if it starts regulations on wide scale, it will effectively kill Bitcoin fad.