Did you invest in this trendy internet virtual coin named Ethereum? Better sell it when you can, because it will soon crash to zero. Here’s why! 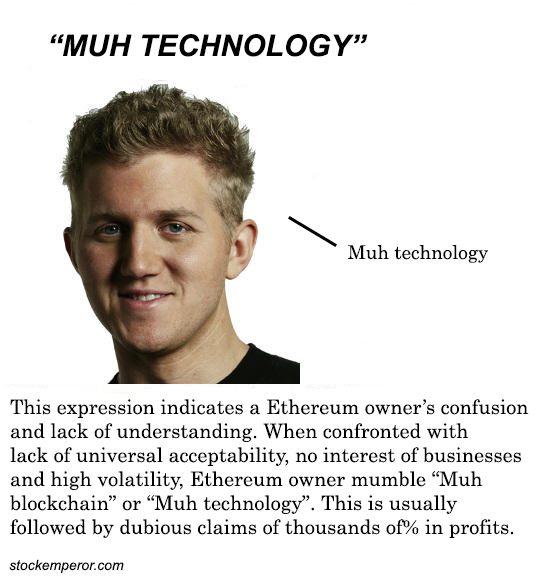 Ethereum is built on the same technology as in Bitcoin – there’s no fundamental difference when it comes to main principle: Chinese miners mine it and flood market with this fake coins that are sold on virtual exchanges with strange names like Kraken, GDAX or infamous Mount Gox. Though many Ethereum owners claim that it’s a “revolutionary” technology, it’s the same old blockchain as Bitcoin. There’s nothing new, and despite claims that allegedly “Microsoft” and “Volvo” or even “Goldman Sachs” will soon start using ETH, no serious company adopted it. With technology similar to Bitcoin, Ethereum don’t have much to offer to investors, so they’ll eventually abandon it. And that’s not all: there are now flood of other virtual fake coins, created through pompously called “ICOs” or “Initial Coin Offering”. There are now literally hundreds of virtual coins, created just in few last months that will drive Ethereum price even lower.

You may have heard about “Litecoin”or “Dogecoin”. But how about “TrumpCoin”, “FuckToken”, “FedoraCoin”, or even “PepeCoin” – yep the all really exist, and only illustrate “blockchain ” nonsense. TrumpCoin is worth only $0,04 and it fell about 90% since last 6 months so you would do a very bad business by buying this – and Ethereum goes straight the same way. 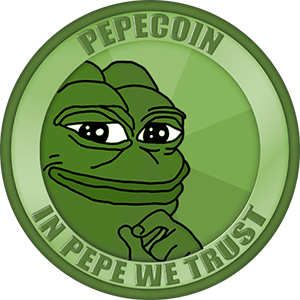 Would you buy PepeCoin too? It’s as serious investment as “ETHEREUM”.

Lack of interest from businesses and no regulations

Can you pay it on Amazon, eBay, or at least pay subscription fees for Netflix VOD? No? So how about some smaller Internet stores, if this is so revolutionary and profitable payment method, how come you can’t pay with ETH anywhere?

That’s because no one wants to accept payments with fake Internet coin, that can’t be exchanged anywhere, except barely legitimate virtual exchanges with no U.S. Securities and Exchange Commission permit, that rejects listing blockchain product, because it’s no real financial asset. If you invest in stock market or hold money in bank account, your money is always protected. If you put your money in GDAX or Kraken, well… your virtual coins might evaporate one day and only you will be responsible for this, because there are no guarantees there. And that was already case with Mt. Gox.

In February 2014,  Mt. Gox – first Bitcoin exchange operating in Japan and owned by businessman Mark Karpelès that handled over 70% Bitcoin transactions worldwide, suddenly closed its website and suspended trading. Karpelès claims that “the website was hacked” and all owners had lost almost 750,000 bitcoins worth around $473 million near the time. Karpelès now faces 5 years in Japanese jail with charges of embezzlement, because ss the investigation revealed, he transferred at least few million USD to his private account. Would you store your money on unregulated by USSEC internet fake coin exchange like GDAX or Kraken? I wouldn’t.

This poor /biz/ guy stored money on one of the largest coin exchanges.

Polish Financial Oversight Commission (KNF) is one of the first of national Financial Supervision Authority that actually published official warning against “buying virtual currencies like Bitcoin, Ethereum and LiteCoin” Here’s what they warn us about:

With other national market regulatory agencies soon to follow, we can imagine that soon internet coins fate will be sealed. It’s true that virtual currency flow can’t be controlled – but to crash ETHEREUM just ban on acceptance issued on businesses is sufficient, because it will become then non-exchangable currency and can’t be sold even on exchanges like GDAX.

Oversupply will kill the market

Fake coins supply isn’t controlled by any institution and government and thus there is constant and logarithimic growth in their numbers, because of Chinese miners. More than 95% of coins are mined in China, where you’ll find thousands of farms consisting of hundreds to thousands CPUs powered by free energy from cheap Chinese solar cells. Markets are now overflowing with coins mined in Asia and there is no stop to this: each month there are new sites opened, because everyone wants to profit from fake coins.

To better understand how this works, watch this documentary movie of massive, secretive Bitcoin mine in the Liaoning Province in rural northeast China. Those sites are typically hidden from government to avoid taxes. It generates 4,050 bitcoins a month, equivalent to a monthly gross of $1.5 million, so really main beneficiary of fake coins are Chinese virtual miners and not typical small investor.

And even when profitability of mining starts to falter, Chinese won’t close their mines, because they have invested in equipment, workforce, compounds, so they will do this as long as it will be at least a bit profitable. This will artificially inflate the market, and deflate the price even more – straight to zero. Do you want to start mining coins? Don’t even think about it if you don’t have access to free energy.

To better understand this dependence, look at the chart below: 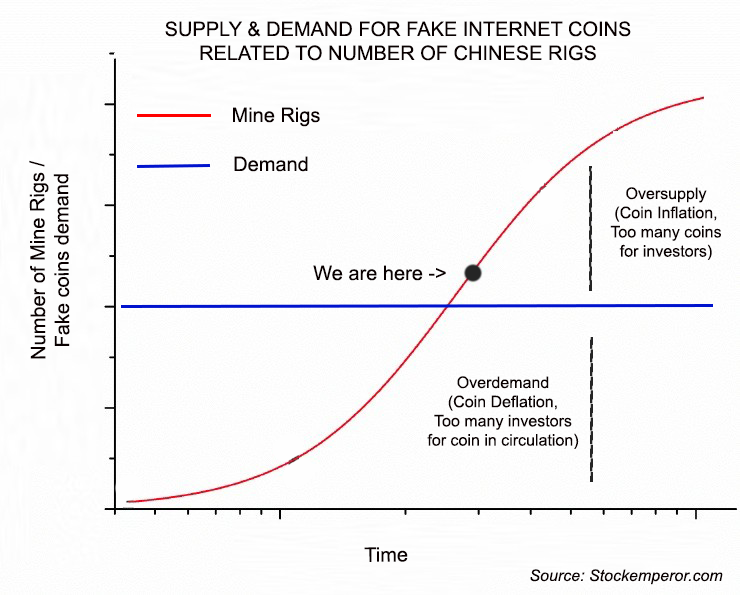 We are in point of oversupply, which will inflate number of coins even higher, and widen the gap between demand and number of coins in circulation, thus lowering the price to infinitesimal. This is inherent weakness of “blockchain” technology, which can’t survive impact with cold, hard and unforgiving laws of economy. Free market isn’t some start-up nonsense – there isn’t any external financial source to uphold the price of Ethereum, which is economically flawed as a currency. There’s error in its structure on a fundamental level and it is built in a way, that will always ultimately lead it to 0 from oversupply.

At the end of the day, Ethereum is just another Internet fad and „get-rich-quick” scheme. And we all know how this will end.

The Uncomfortable Future of Ethereum in 1 Chart