In a strange mixture of communism and capitalism, the Chinese can now buy iPhone and Huawei smartphones in a golden case for $25 000, bearing the image of “China’s greatest politician”, Mao Zedong.

Caviar, a company collaborating with Apple and Huawei, has created a luxury smartphone for the anniversary of the Chinese Communist Party. Although formally China is a “democracy” and there is a multi-party system of governance, the other parties in the National People’s Congress, are façade. Parties with poetic names such as the “Revolutionary Committee of the Chinese Kuomintang” (44 seats) or the ironic titles of the “Chinese Association for the Promotion of Democracy” (58 seats) only pretend to be rivaling the Chinese Communist Party, which has over 70% of the MPs in the 2,980-seat parliament. 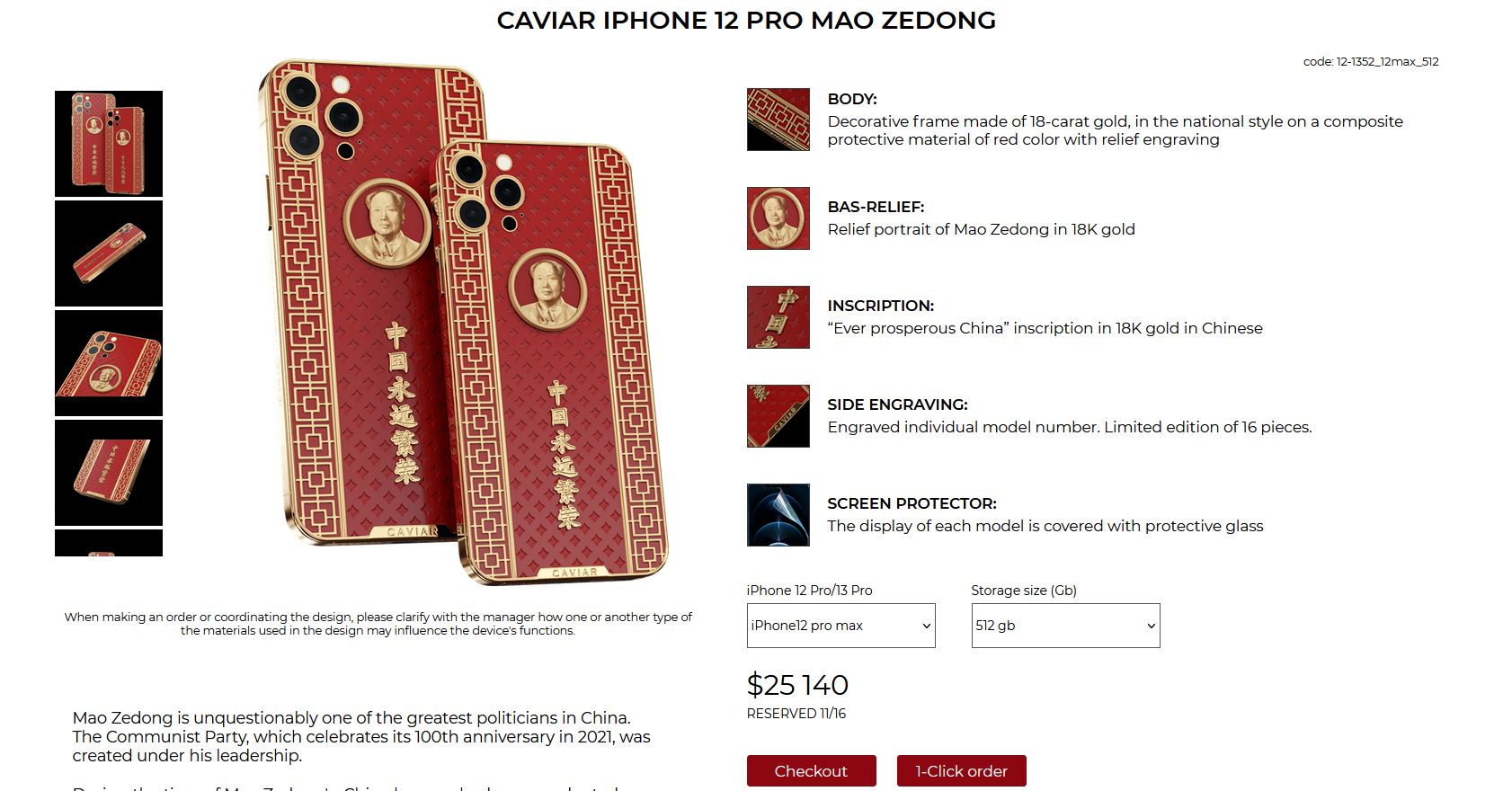 As you can learn from the phone description ” Mao Zedong is unquestionably one of the greatest politicians in China. (…). (Mao) is a great thinker whose work has been published in almost all languages.” There is also a Deng Xiaoping variant, featuring another prominent Chinese politician, Deng Xiaoping, the perpetrator of the Tiananmen Square massacre.

The Chinese buy phones like these, because they love opulence. The more red and gold the better. These are the two colors that are associated with wealth and can bring money and luck. iPhone smartphones also symbolize luxury there. 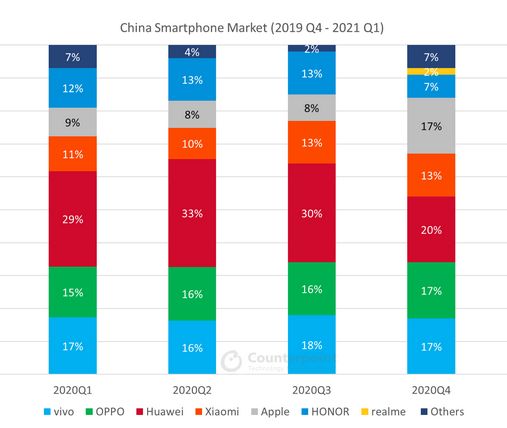 But aren’t domestic brands like Xiaomi more popular in China? Not at all. At the end of the last year, Apple was outperforming Xiaomi in terms of sales and was the second most popular brand after Huawei, along with budget brands like OPPO and Vivo.

Chinese communism in one picture. The display presents the party’s successes for the last century. The Chinese love expensive Western brands. The richer ones who are affiliated with the party don original Gucci and Hermes, while the poor masses buy counterfeits that are plentiful in the land behind the Great Wall. 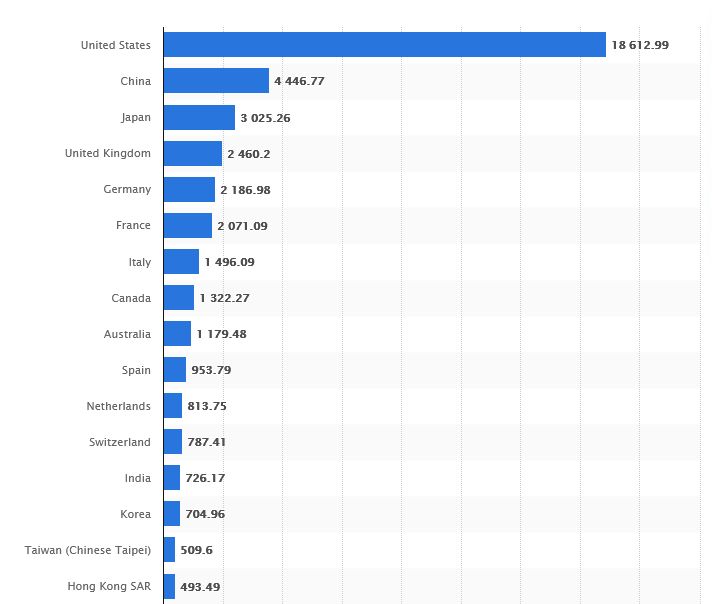 A number of millionaires at the end of 2019. The Chinese have more and more money to spend and therefore can afford gilded smartphones. China is already the second country in terms of the millionaires living in the country. What better proof do you need that communism makes people richer?

This video was posted yesterday on Chinese social media. A rich and spoiled Chinese woman makes fun of the destitute people living in the mountains and tosses them a bill.

But what does the Chairman say?

As Mao claims in the Chinese Bible, The Little Red Book:

„The ideological and social system of capitalism has also become a museum piece in one part of the world (in the Soviet Union), while in other countries it resembles “a dying person who is sinking fast, like the sun setting beyond the western hills”, and will soon be relegated to the museum. The communist ideological and social system alone is full of youth and vitality, sweeping the world with the momentum of an avalanche and the force of a thunderbolt.”

Alas, the idea that capitalism belongs to a museum didn’t age well. That’s because it’s in human nature to trade and to earn, to accumulate wealth and to make money, and to spend it on trifles, and then to impress others . This is how it has always been from the oldest civilizations onward, and it will stay like that until the end of the world. 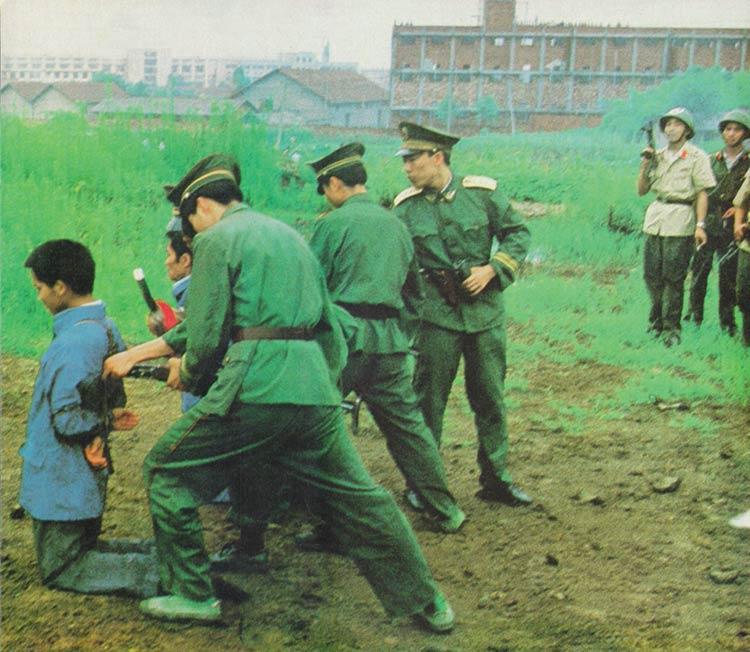 Chinese People’s Liberation Army liberates their political opponents once and for all. According to the tradition, the family will later receive a bill for spent bullets. Mao’s regime was the world’s bloodiest. The number of victims of Chinese communism, caused by repression and ineptitude is estimated at 60 million.

If you can’t decide to buy individual stocks, picking up ETF is a good solution. An