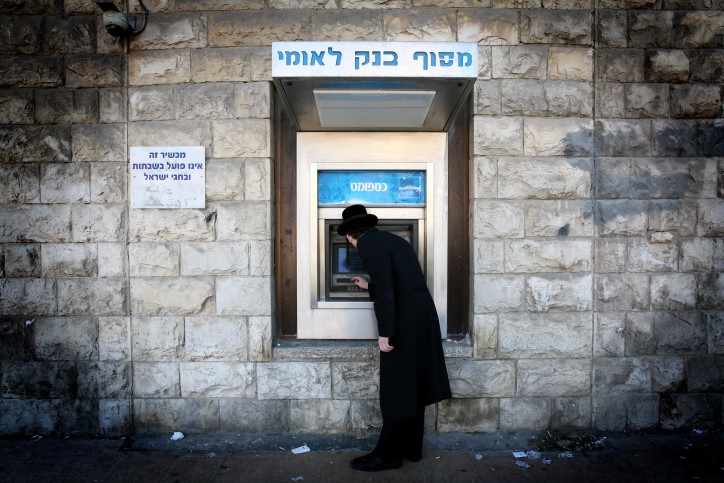 ATM for Orthodox Jews – just like BitCoen, it doesn’t work during Shabbat

Russian entrepreneur Viacheslav Semenchuk  that declares himself as religious Jew has invested $500,000 in his new project of BitСoen and is currently developing a blockchain for this virtual coin which will be issued as ICO aimed at Jews around the world. Word ‘coen’ or ‘kohen’ is the Hebrew word for priest and has biblical significance.

Similar to Islamic forex accounts, there are strict rules for Jews regarding business, especially prohibition of trade (and generally work) during Shabbat which starts at Friday before sunset and ends at the appearance of three stars in the sky on Saturday night. During this time, this blockchain will be locked and it won’t be possible to trade it.

New coin release is planned on September, but preliminary ICO starts 14 August and there are already hundreds of virtual exchanges that are interested in trading this kosher coin.

The developer is going to issue 100 million BitСoens with a starting price of 1 US dollar per token. At the same time, the number of tokens being issued cannot be changed by the participants of the project.

Semenchuk has ambitious plan: he wants to get $1.5 billion of capitalization in two years. What’s interesting BitСoen will be controlled by representatives of a Jewish community, who will make a ‘Council of Six.’ – a holy number for Judaism. This council will consist of six respected community leaders from business, politics, finance, technologies, public work, and culture.

Is Semenchuk a reputable person that strives to create a better investment opportunity for religious Jews or just shrewd businessman that wants to create another meme coin like “Doge Coin”, Trump Coin” or “Fuck Token” and run with his money? It’s up to you to decide!

Fake Internet Coin Ethereum Will Soon Crash to 0: Here’s Why