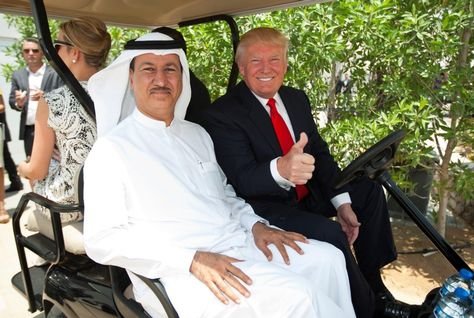 “They [Saudis] buy apartments from me. They spend $40 million, $50 million. Am I supposed to dislike them? I like them very much.” – Donald Trump, during the Alabama rally

Despite boasting how he will make America great and insulting foreign leaders Trumps companies have strong international ties and he owns at least 50 foreign businesses in countries such as India, Egypt, Turkey and Arab Emirates. Don’t you believe it? Well,  I’ve checked Donald Trump financial disclosure form, which is document required for all candidates to the White House, written in 2015, but now apparently forgotten. It’s quite a long list, counting almost hundred pages list of various companies and liabilities including his unclear foreign businesses.

Totally, he holds a president position in 515 companies. Hard to believe it, right? But you can check it here: 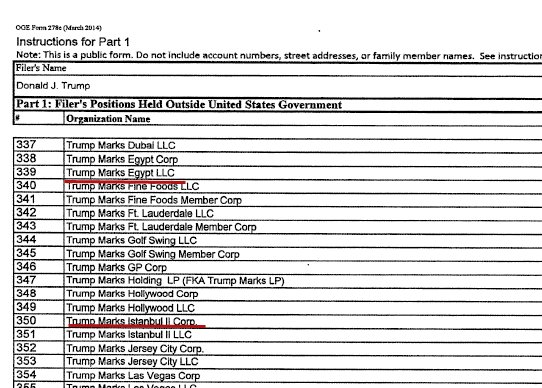 ‘Trump Marks Istanbul’ and ‘Trump Marks Egypt’ – Egypt and Turkey companies owned by Trump. And by the way – both Egypt and Turkey, predominantly Muslim countries with active terrorists  were mysteriously omitted from his ban list. Makes you think about his choice of banned countries, huh? 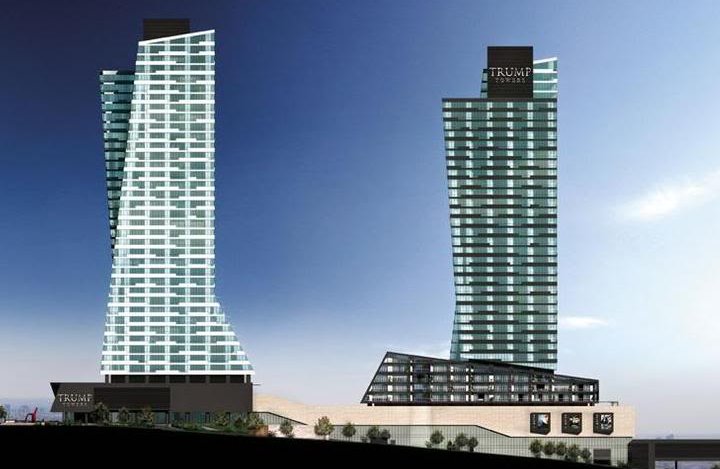 Trump Towers in Istanbul, Turkey. There is even a website to this investment (it’s in Turkish though).

Why is Trump trying to cause chaos on domestic currency market?

New U.S. Treasury Secretary nominee Steven Mnuchin, nominated by Trump said an “excessively strong dollar” could have a negative short-term effect on the economy. Steven Mnuchin is a former Goldman Sachs investment banker with wealth estimated at $500 million dollars. Typical for Trump cabinet, he is very controversial banker, not to say shady. He was criticized for using offshore accounts to lower taxes to pay in the US. It’s quite strange why president who wants to “make America great again” employs multimillionaire who evades taxes. Mnuchin has stated just in case: “In no way did I use offshore entities to avoid U.S. taxes”. Sure buddy, we all know how US investment banking works. 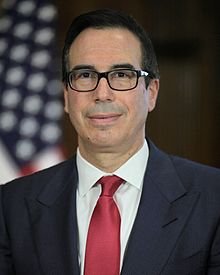 Anyway, his planned weakening of USD will help Trump earn even more money, and in some mysterious way, hundreds of companies owned by POTUS will be main beneficiary of this currency shuffle. It’s a quite old scheme that everyone who works in Foreign Exchange investment knows. I’ve prepared some infographic to show how it works and why Trumps foreign businesses will earn from USD weakening: 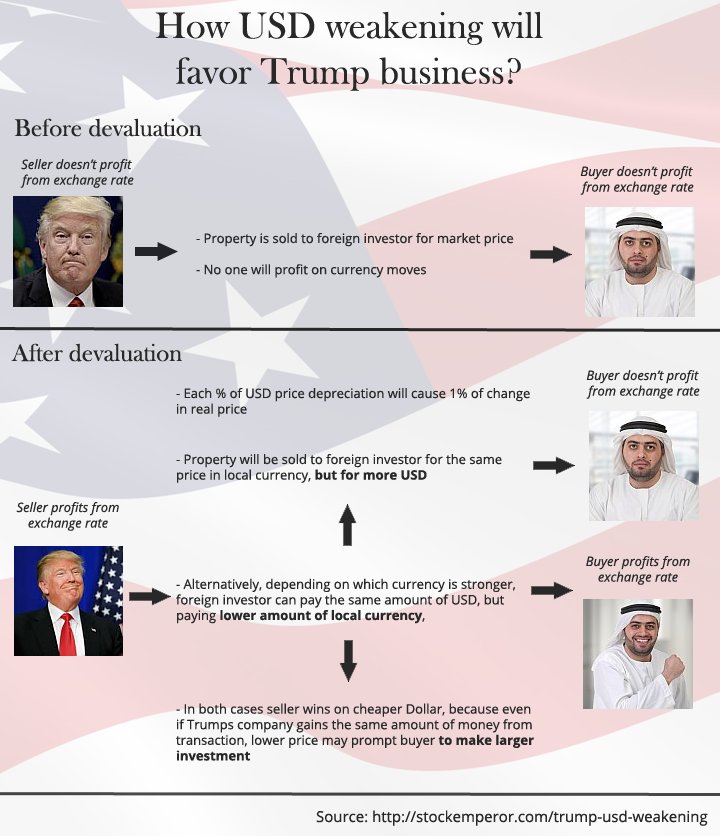 Who would be hurt be hurt by a weak Dollar?

US Trade Deficit which deepens each month, as America relies heavily on import. It is currently highest in 9 months and Trump devaluation will only worsen importers position (Source: US Census).

Life will be more expensive in US, because Trump tries to weaken USD. Weak dollar will mean price increase for Americans, because US imports will be more expensive, so customers will pay more for the same products. America is importing food from Canada, Mexico and Europe, computers and phones from Asia and raw materials from many countries. Current trade balance of US is -45,2 Billion dollars and it is growing. This huge gap means that actually United States imports more goods from foreign countries than it produces itself, which for consumers mean that they will pay more for everything as the dollar weakens. American importers will be also affected, as they will need to pay more for imported products. Even many American producers, manufacturing only “Made in USA” products will be affected by drop in currency price and it will hurt their businesses. It’s because they need to import raw materials (eg. leather for shoes, copper wires for electronics, grain for processed foods). Only companies which doesn’t produce anything and sells to foreign countries will earn from this shift this currency – just like Trump global real estate business.

Expect to pay more for food, cars, phones, houses in current and following years if Trump proceeds with his plan to devalue this “excessively strong dollar” as his new Treasure Secretary nominee says.

How to profit from Trumps currency havoc? 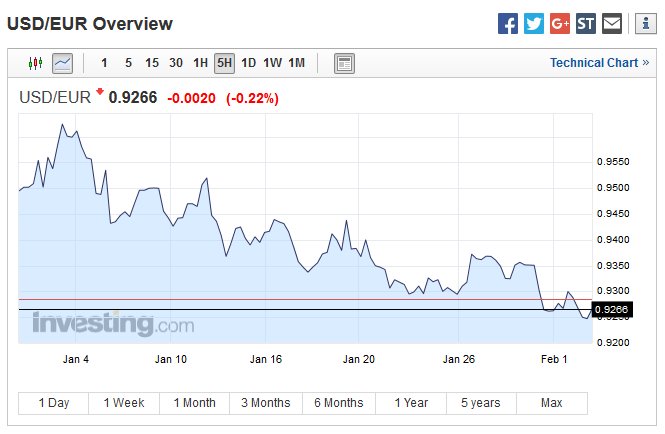 Long USD/EUR or EUR/JPY currency pair. US Dollar is weakest since December 2016, and it fell by 3% in just one month, with continuous losses. It is very likely that Trump will print money to drive USD to lower levels, “to help exporters” (and his family). I recommend selling USD in currency pairs for easy and steady profit – if you would do just in January you would gain 5% on USD/EUR pair or about 2% on USD/JPY pair, and there is much more easy money to earn in coming  months. Remember – Trump is more of a celebrity TV star and movie actor than businessman, and everyone in investments know this. He hasn’t developed any substantial product or service and just sits on money he inherited, expanding his wealth only through buying and selling properties. He doesn’t have experience in managing body as complicated and intricate as American state. Trump mismanagement will cause chaos on markets and thus will provide many investment opportunities in 2017 for speculators. 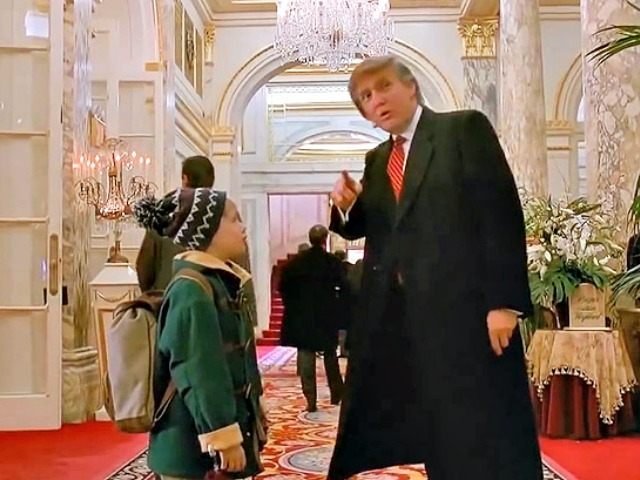 Movie star Donald Trump in “Home Alone 2”. It’s a good, classic comedy – and Trumps ideas on US economy have a lot in common with comedy as well.