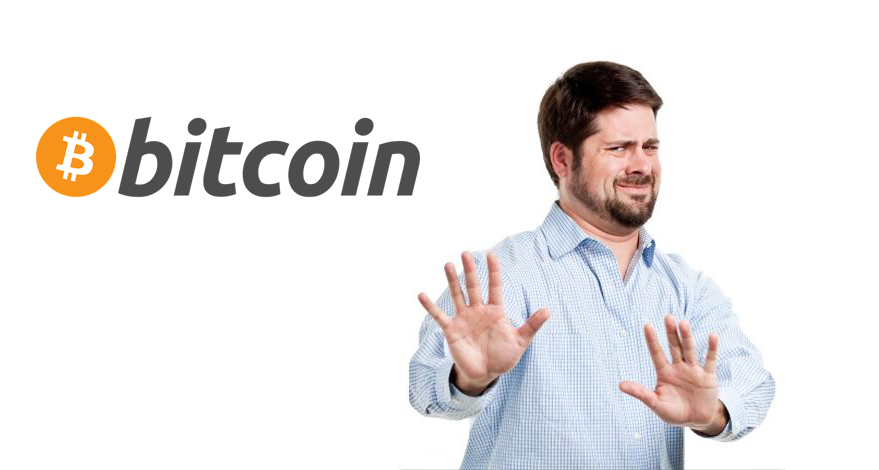 Despite what the internet rumors and cryptocurrency portals tell you about how Russia, Japan, US, Korea or other random country will adopt Bitcoin soon, it’s not true and in fact, it is quite opposite. This wishful thinking is utter fallacy, because no government wants to dabble in intangible virtual coins mined in chinese server sweatshops, used mainly to pay ransom for cyber crimes. I compiled list of warnings that are popping up everywhere and that were issued by central banks, financial regulatory authorities and Ministries of Finance just last months. Now almost every government warns about Bitcoin (and other cryptos), with new countries joining each new day. Here’s what central banks and regulatory authorities were trying to told you about virtual online coins in recent weeks:

“The risk of a sharp reduction in prices is high. Investors in cryptocurrencies should be aware that they run the risk of losing all their capital.”

Bitcoin is a “speculative mania”

Bitcoin is “classic case” of a bubble

Issued several warnings about the risks of investing Bitcoin

Issued an official warning against Bitcoin, Litecoin and other cryptos

“Bitcoin had not been proven as a credible currency”

United States: SEC – Securities Exchange Commision – This one is juicy:

Bitcoin was not authorised by the RBI and could result in breach of anti-money laundering laws.

Russia: Even Putin in an interview by Russia Today said that he wants to ban Bitcoin altogether, because it’s mainly used to evade taxes, launder money and is a bubble. This mighty Russian overlord and eternal president said that Bitcoin leads to:

“Opportunities to launder funds acquired through criminal activites, tax evasion, even terrorism financing, as well as the spread of fraud schemes.(…) This is the definition of a pyramid.”

ICO trading and cryptocurrency to fiat trading was completely banned.

You can find all these statements in following sources:

It’s obviously not complete list, because I can’t track every country – but you can see a lot more of this warnings.  Bitcoin is unsustainable and this is what govt’s where trying to tell you: that bubble is popping – possibly now. And one thing is sure: no one can’t say that you haven’t been warned. Many times.