Chinese have a knack for creating copies of everything, and that’s a part of their business culture. Unlike Westerners, they don’t want to be original and they don’t believe that you should make product that will be the first of its kind on market. Instead, their collective business doctrine is to observe successful companies and make clones out of everything that earns and if interest in this clone wears out, make another one, only slightly different. And this strategy actually works: China is now second largest economy and will surpass US in 2020 when it will become world’s biggest. 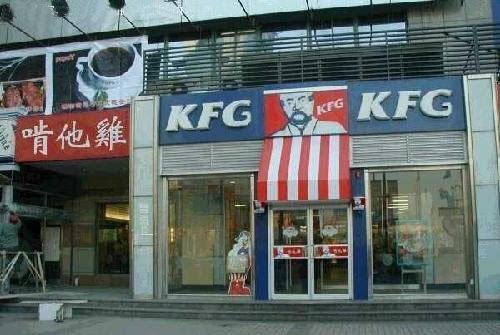 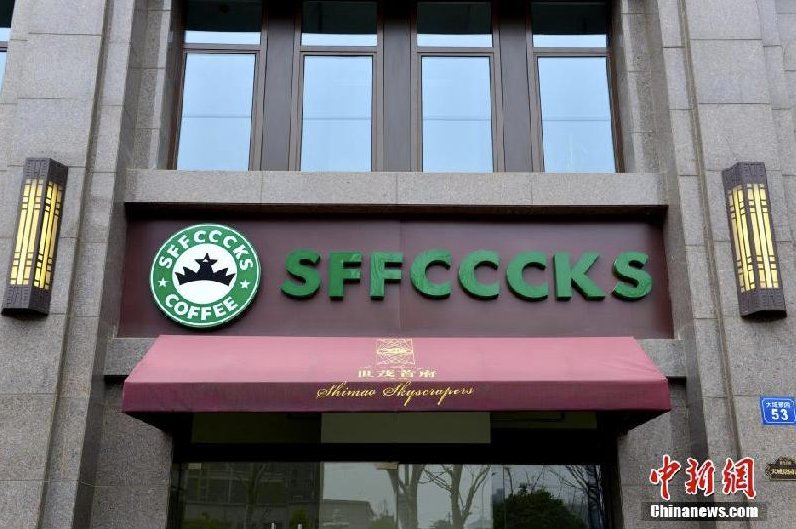 Counterfeit stores in China. You will find thousands of „McRonalds”, “KFGs”, “Appres” and “Abibas” stores in every city, bar maybe from representative tourism districts. No one cares about IP there.

So what will happen when unregulated Bitcoin, controlled by Chinese miners holding 99% of hashing power, gets traction and flow of money from international markets? A recipe for a disaster and for making some people in Asia very rich.

How did it happen? 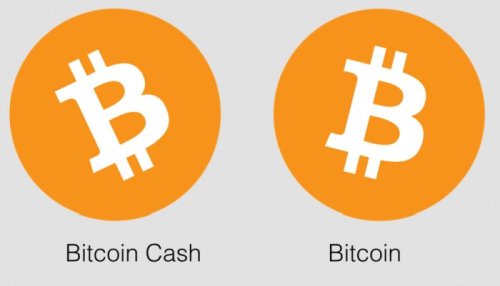 Can you spot the fake? Most people don’t. In a typical Chinese manner, they didn’t even bother to make original logo!

But how was it possible, if Bitcoin is decentralized, surely no one can control it, r-right? If you believe so, you were tricked. This virtual internet coin is now more centralized than fiat, and it’s strictly controlled by a consortium of Chinese mining companies. The idea behind behind Bitcoin was that decentralization would be ensured by global dispersion of millions of miners, that will mine coin on their Personal Computers, but it didn’t work out. Instead, Chinese basically obtain monopoly in mining, that now requires enormous computing and electrical power and control 99% of total supply. This givest them a overwhelming majority in vote for changes in the code, so they can now do anything they want with Bitcoin. This was possible through their cheap (or actually free) renewable electricity from solar panels and inexpensive computer parts from Aliexpress like GPUs for mining rigs, manufactured in China. This country basically specialized itself in cryptocurrency mining and took control of Bitcoin, leading to Bitcoin Cash fork. 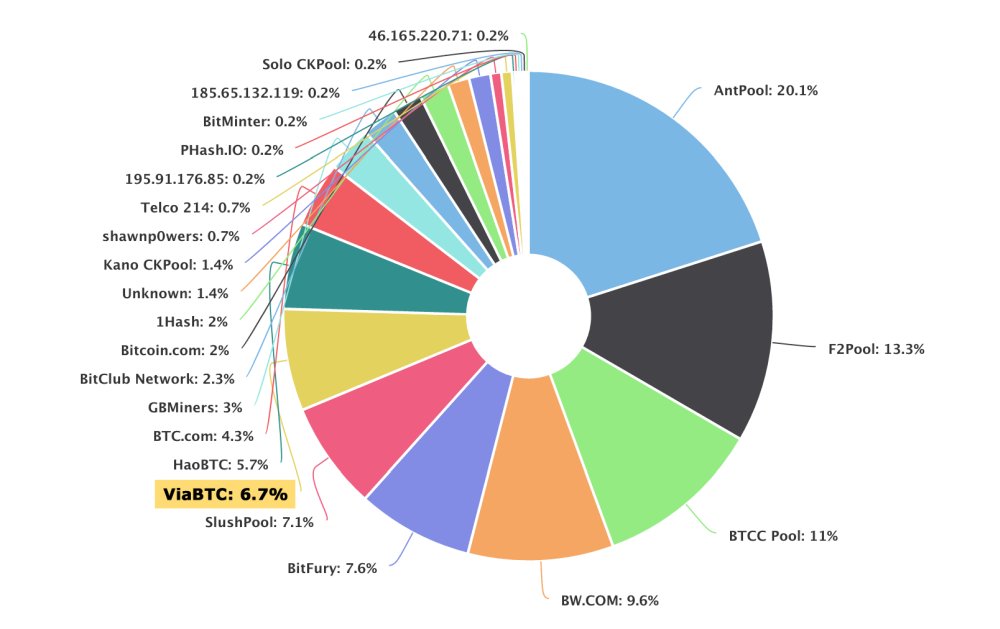 Distribution of voting powers over changes in Bitcoin code. All names on this charts are Chinese mining consortiums and cryptocurrency exchanges. Many of these companies don’t even have English language websites – because they don’t need to.

These consortium can push any fork they want, and they did it. China-based ViaBTC exchange began allowing trading in Bitcoin Cash before it even went live. They started pumping this counterfeit before it even existed and they manage to do it successfully. Money is now flowing to this Asian version of Bitcoin and this cryptocurrency owners (or “hodlers” as they like to say) will have a huge headache today. Not only this resulted in constant losses for Bitcoin, but also for smaller, alternative coins like Ethereum, will have long term consequences and will damage cryptos further.

Why? Because Chinese won’t stop there. Holding total control over Bitcoin code, they can fork the shit out of it. They can make Bitcoin Platinum, Bitcoin Diamond, Bitcoin Gold (oh sorry, this one already exists), Bitcoin Silver, Bitcoin Premium  – any time they want.

Here are my suggestions and idea for new “Bitcoin fakes” artwork for our Chinese friends. In the spirit of blockchain, I declare this logos open source freeware community-driven image. You can use it however you want, because you will need it a few times more I reckon! My favourite is the rightmost one – I’m sure it will be very popular among buyers of next counterfeit coin. People never learn.

Money flows from Bitcoin to its Chinese counterfeit

At this moment market cap of “Bitcoin Cash” is $34 bln and that’s more or less the money that Asian miners earned overnight. At the same time real Bitcoin is dropping and won’t regain its position. It’s impossible. Don’t also count that serious institutional investors will save cryptos – Wall Street can’t and won’t allocate any money to such mockery of a market and there’s a zero chance that SEC allows for trading it as a real financial instruments for example in the form of ETFs.

Bitcoin will now bleed out like a gutted swine and in the next few days will be dethroned. It already lost 15% Saturday to Sunday overnight. Largest exchange Coinbase just announced that it will add it in next few days, so you can expect more buy orders. Counterfeit Bitcoin will become most popular internet “coin”. And when this pump and dump scheme will end, Chinese will make another fork that will transfer to them even more billions in cash from naïve millennial wannabe investors that “just wanted to be rich”. It’s not even possible now to revert this centralization, because due to large number of mines in China, Asians will always have majority rights in Bitcoin voting, unless their state prohibits mining altogether.  But for now, everyone have been outplayed by smart Chinese businessmen and their hivemind of miners.