As anticipated, Chinese just ordered bitcoin exchanges to shut down, effectively killing cryptos. Chinese regulators have officially ordered exchanges that trade the Bitcoin (and other cryptos too) to shut down. It was reported just now by 21世纪经济报道 (daily Shanghai newspaper “21st Century Economic Report”): 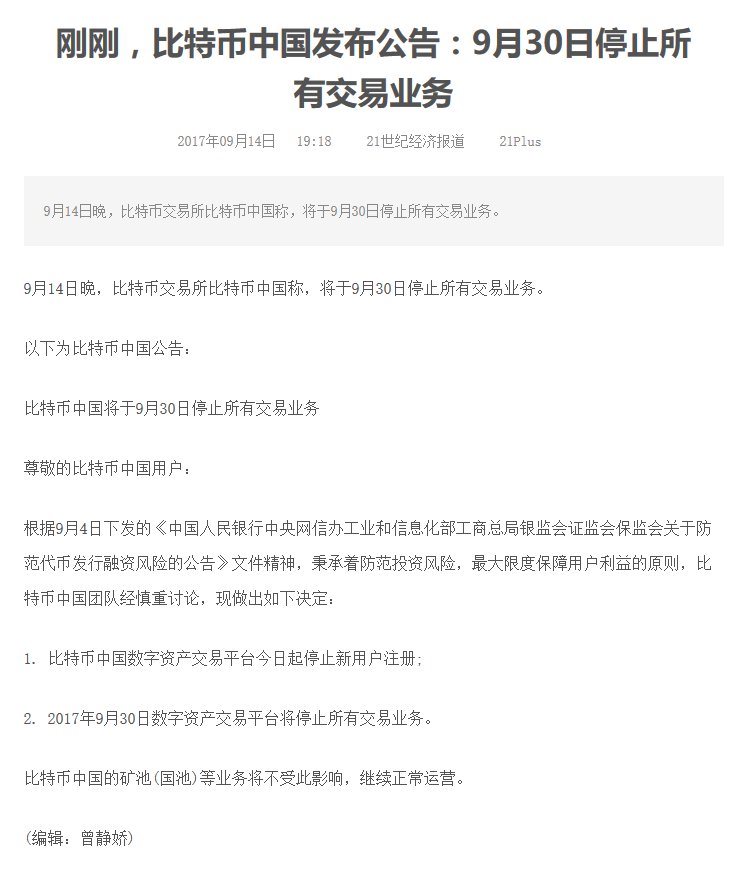 On the evening of September 14, Bitcoin currency, China, said it would cease all trading business on 30 September.

The following is a bit currency China announcement:

China will stop all trading business on September 30th

According to the principle of interest on the basis of the month, the Chinese made the following decision:

Largest exchanges like BTCC has already obeyed this order and announced that will cease BTC trading on 09/30. 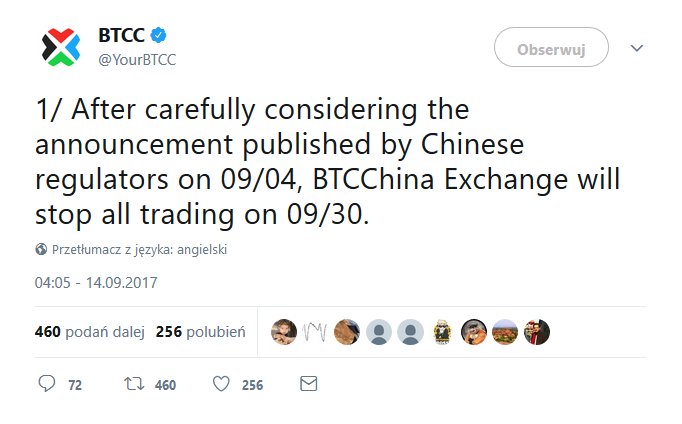 What does it mean for Bitcoin? Well, it effectively kills the cryptocurrencies. Here’s why:

So what will be next? Selloff on exchanges that will drive especially weaker cryptos like Ethereum or DogeCoin to new lows. Cryptocurrencies are online bubble and there is no place for them in modern free market. So what should you invest now, instead of fake online coins? There are plenty of great opportunities out there, as worldwide economy is doing great and its a very good time to buy ETFs, stocks or trade commodities and it’s still easy to earn a lot on investments – just not on cryptos anymore.

The only source of information about commodities you'll need

4 Best ETFs that you can buy on eToro